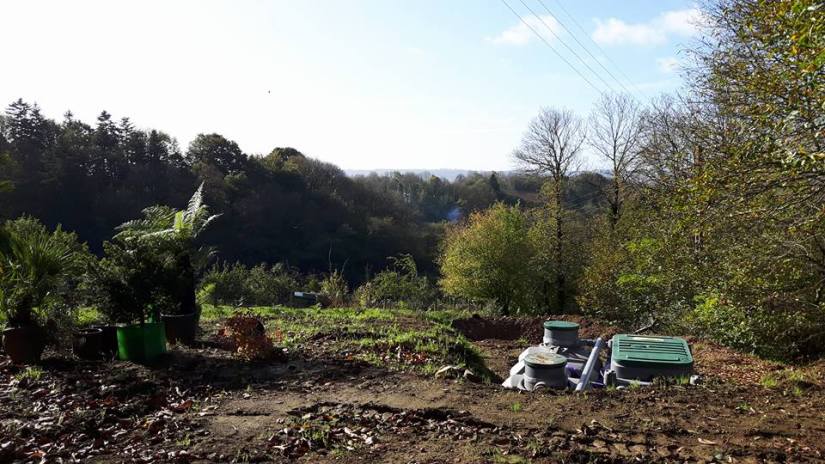 I don’t think I’ve ever stopped using this phrase from the Watergate scandal. Sorry. Not sorry.  Anything that involves aggro and makes for good evening entertainment fodder means __________ (insert word) and then add the word ‘gate’. Anyone over the age of 40 should get it but depending on their general knowledge, this might result in a tumbleweed moment. Do other people do this? Or maybe I should ask doesn’t everyone do this? Or maybe I need some 21st century sayings that anyone under the age of 30 will get? I digress. Get on with it. So what is this #fossegate you speak of?

Now my sister thought that ‘fosse’ meant gas. I get this as a lot of French words are kind of like a word association game.  There are many false friends but sometimes you can work out what a word is, just by putting your thesaurus head on. Anyhow, no it’s not gas – a Fosse Septique is a septic tank and a septic tank is basically a vessel that will take your crap (literally) and all the water waste.  Now, in the UK the vast majority of houses are on mains drainage – big shout out to the Victorians. But here in France many houses, ruins, barns to do up will not be on mains drainage so you have to create your own sewage system on your land.

Our house (see our renovation life) is in the village. The village is on mains drainage but alas not our house or our neighbours. We are the last house in the village and the land slopes away. I’m not sure why this means we have no mains but there you go. Maybe they ran out of pipe?

Firstly, if you are renovating a property in France then I would say don’t! Ha ha too late? Okay, well if you did get swayed by the land and oh we couldn’t buy this in the UK (that’s because you’re NOT in the UK) then the minute you land on French soil pick up the phone.  Sit with google translate (you can do it you have to do it) and get your services booked in as they’re not coming out anytime soon. They’re coming out in 3/4 months with or without cheek blowing on the other side of the phone.  I will write more about this in detail next time.

So, the month we arrived we trotted down to the mairie’s and asked for a number/recommendation for someone to carry out a soil test. The process goes like this – someone comes out to work out what type of fosse tank you need. They will charge you no more than 400 euros and give you a report in 15 days of the site visit. Fifteen days is two weeks in French. Say what? It just is. They say quinze jours this is a fortnight in old money. You will then get a copy for you and a copy to be sent to SPANC – pronounced sponc without the sniggering. I mean every time I say it I feel like I’m being indecent.

Now, Mr Normandy hired a digger, paid a small fortune for a micro station – this is a fancy pants fosse. Here’s the science bit…well as technical as you’re going to get from me. It has cocoa fibre and that magically cleans the waste going into the tank and then it runs out clear into a reed bed and yes… glazed over yet? Me too. We had to get one. It looks like a space ship. 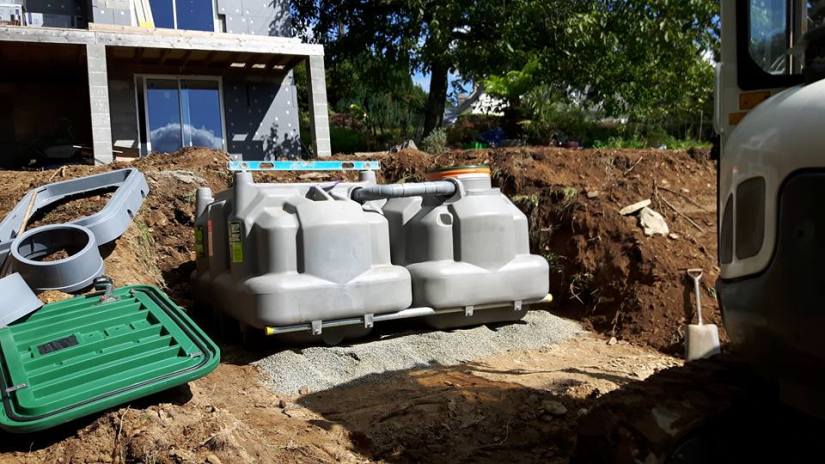 So, the fosse man comes out. A charming French/Canadian who speaks perfect English #result. He spends three hours doing his soil test and all the other bits and bobs. I had written the 375 euro cheque when we received his devis (estimate). It clearly said on the form he would not bank the cheque until we had the report. This is standard practice as is having the report in 15 days. This was on the 1st June and the days, weeks went by. He didn’t return calls or emails. My son and I probably visited the mairie’s office 3 x a week during the summer holidays. There’s nothing quite like being launched into learning French than having to sort out a dodgy site study!  Also insert the bonus of moving properties twice and having no internet or mobile access at one. Not only that I like telling anyone that will listen that we had beaucoup de problemes avec la fosse….

The mairie’s office were extremely helpful and also tried calling and were also shocked at this totally unprofessional behaviour. Despite what aging retirees say on forums, I have found 99% of people here super friendly and welcoming.  This was not typical by anyone’s standards.

Cut a long story short, he turned up on a Monday in September as he got wind of my booking someone else. I had also ‘stopped’ the cheque claiming it had been lost in the post. Writing cheques in France is as good as giving cash.  Anyhow, he turns up at 8pm and we so happen to be at the house dropping stuff off. My husband signed another form as the previous one was out of date.  He promised he would get it done. I didn’t trust him to do it.  In fact I could barely look at him.  Against my better judgement I thought maybe he will, seeing as he’s met my eldest (gave an asthma sob story) and looked into the whites of my eyes.  I ‘unstopped’ the cheque. The money came out on the Wednesday. Never to be heard from again. I want to go all Reggie Kray on this guy but alas I’m a 44 year old mother of 3 and don’t live in Croydon anymore.

So, we arranged for another lady to come out (again after waiting a month or so as time was ticking on). We had to explain the whole sorry saga and why there was already a fosse tank sitting there prior to any report. Thankfully it is the correct one. This young lady (another superb English speaker) came out, said we would not have to pay until we had the reports. True to her word she did exactly what she said she would and we paid 360 euros. The fosse is now awaiting a site visit from Spanc #snigger before we can cover it and technically start using it. Too late. Not sorry. We are moving into our house on 9th December with or without a permanent supply of electric with or without our fosse getting a big tick of approval.

Do I care? Nope. People get in a right old tiss about stuff like this but seriously there’s no point getting worked up over it. Give yourself a French shrug and tackle the next thing on the to do list.

Which for me was paying a visit to the Gendarmes to ‘porter a plainte’ another story for another time.

On a more positive note, I had another trip to A&E this week (okay I can see on the surface this may not appear to be positive – bear with) when my daughter decided to slam the car door so hard we thought it was going to come right off. Trouble is she didn’t take her thumb out of the door! A quick dart to the local hospital – we were seen within 30 minutes, thumb nail was drained of the blood build up, x-ray and we were out in less than an 2 hours.

I have ticked off most of the services in France (haven’t frequented the dentist…yet) and our local pharmacy was one place I had not been too.  Whilst sorting out all the medication – he asked about the house etc (knew, of course, where it was) and at the end he said we were welcome in the village.

How lovely – he didn’t say what you doing over here, coming over here taking our jobs, housing, benefits, lapping up our excellent health care, bugger off to your own country and you’re the wrong type of white.