Having done a two week stint in 2014, Mr Normandy headed back out in 2015 to crack on with the works. This time to take off the roof. Initially we had plans for dorma windows but subsquently decided against it due to time constraints and various problems with rentals etc. By the way, the plaques on the building were made by Mr Normandy – we had a whole range of them which we used to sell and some pet RIP headstones. Another blog post for another time!

This time the weather wasn’t so kind and whilst he is an astonishingly fast worker, even he ran out of time. He had to leave the roof and cover it with tarpaulin. This wasn’t ideal at all and, after a fierce storm, we received an email from our neighbour to say this was hanging off together with the baton in April 2015.

We had to go back over to survey the damage and make it safe. I did have visions of something flying off the roof and injuring (or worse killing) someone. God could you imagine that?

So survey we did – with the kids in tow – we decided to make a 3 day semi-holiday out of it. Although it was freezing over the Easter school holidays. Having taken a trip to the local zoo and seeing our glorious view made me consider moving here permanently.

Then 2016 Brexit happened and it got me thinking even more… Anyhow, without further ado here are the pictures which will now bring you more or less up-to-date to May 2017 when we started the proper works. 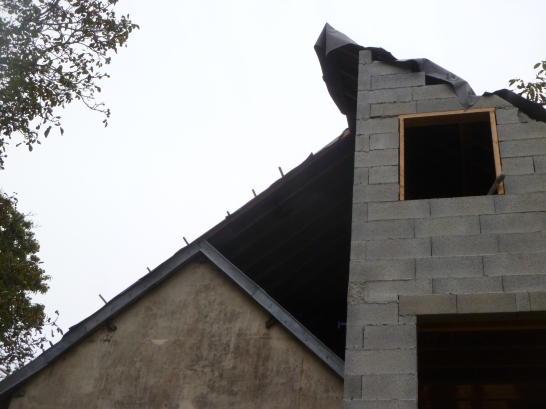 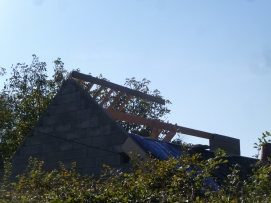 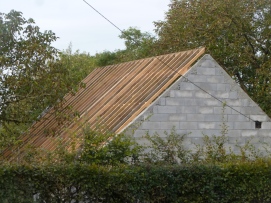 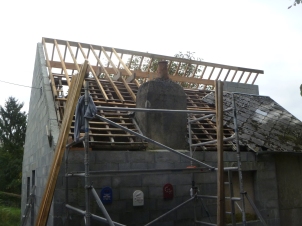 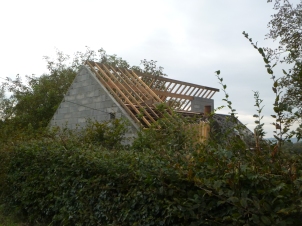 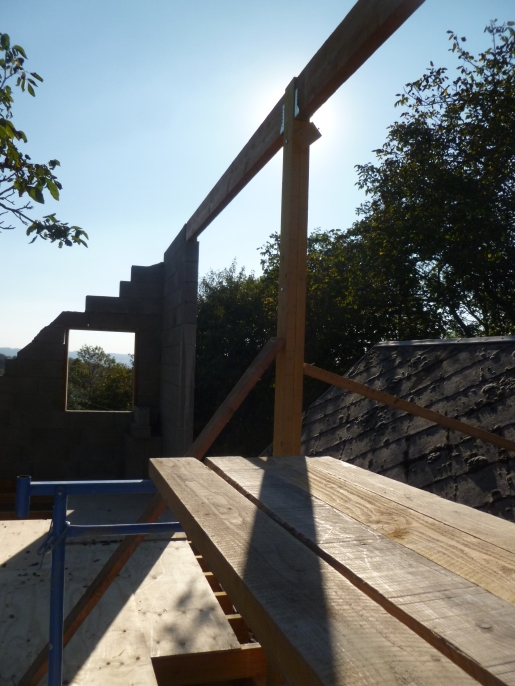 You can only go up so far before the roof has to come off! Ordinarily you would be hanging around to make sure the job was completed but Mr Normandy only had two weeks to do it! 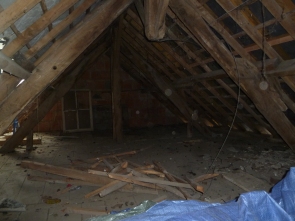 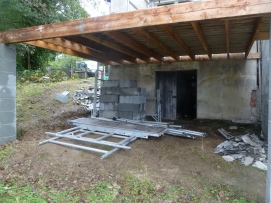 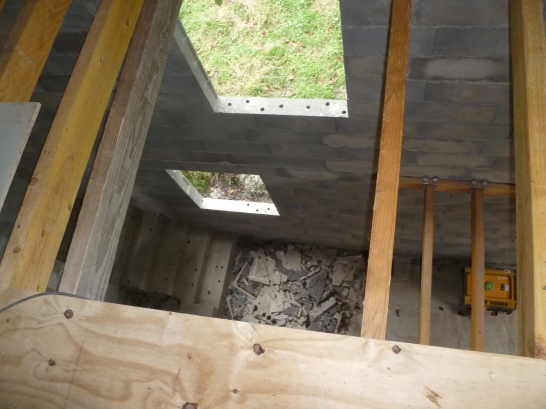 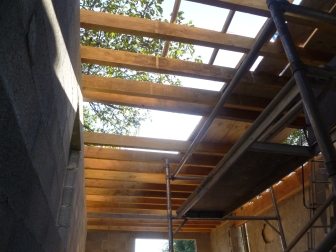 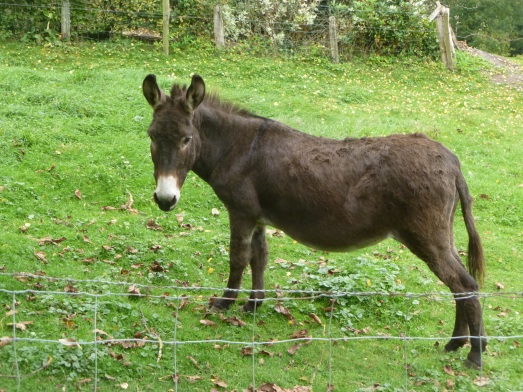 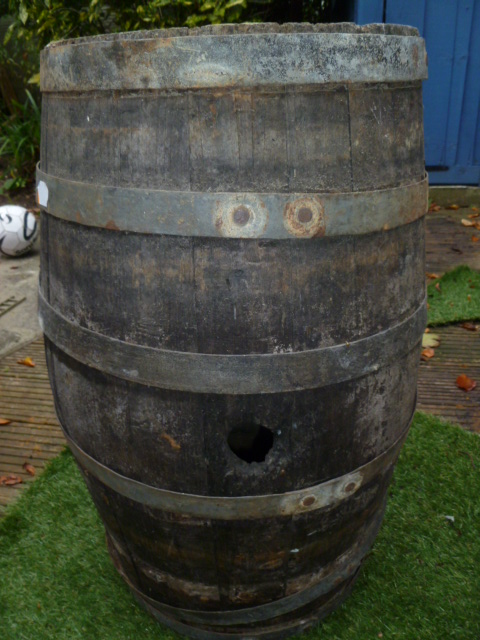 Although he did have time to pick up a few bits to sell on ebay. But sadly it appeared that one of the donkey’s had died.

1 thought on “The Roof Comes Off”