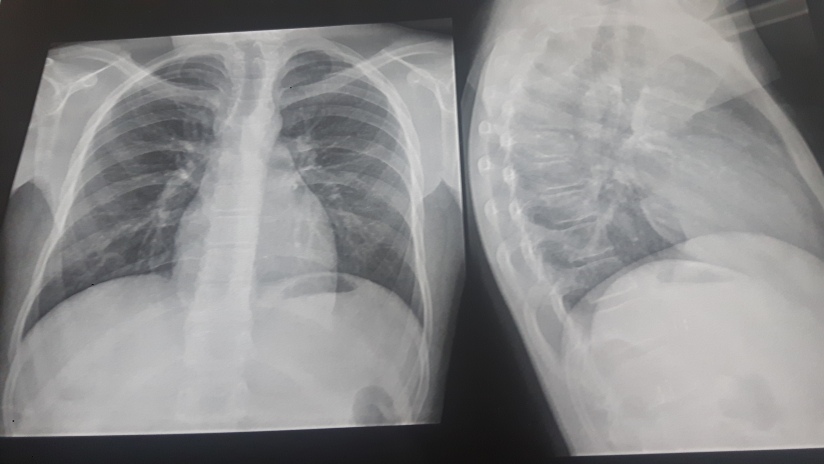 Yay, the week that was #camiongate (see this post) just got better when it transpired that Master Normandy (my eldest age 14) decided to mix it up a bit with a broken rib or two. Now he didn’t do it on purpose. Just like my daughter didn’t get bitten by a dog and slam her thumb (still growing back) into the car door on purpose. Kids are kids and accidents happen wherever you are in the world. Having said this, I ‘d rather be in France requiring medical attention than the UK. Sadly, the NHS is just being run into the ground so that they can get on with privatising it. The government want it to get so bad, people will just throw their hands up in the air and say “do what ever you’ve got to do!” Anyhow, I never want this blog to get political so I’ll leave that there!

So, the previous week to the truck being vandalised (now sold for spares/parts and another vehicle being purchased) my son was playing football at lunchtime. Is football the most dangerous sport? So many injuries happen kicking a ball about don’t they? I could take it if he fell off his bike but nope this injury happened with an innocuous kick about and Master Normandy going in to kick the ball.  So not even a tackle.

He went flying into the air and landed flat on his back. When I picked them all up from school he did remark that he was in agony and felt like he couldn’t breath. We did all think he was severely winded and broken ribs were mentioned but there wasn’t a bruise on him. Nothing. He is so skinny he’d give Flat Stanley a run for his money I should have known that a fall would break his ribs. Not like me – enough padding to cushion any fall I can tell you.

So we left it – he didn’t race that weekend in any event as it was snowing heavily. Although the race did go ahead as naturally there wasn’t any snow at the race venue. That’s another thing about Normandy – it has various micro climates. I can drive out of here, where it’s all sunny and warm and two villages later I can be in fog, rain and snow – all at once! What the weather is doing, where you are, is not a good barometer of what’s occurring in the rest of Normandy.

In any event, the Tuesday after the school spectacular (where he had to dance in a twisted fashion) he felt particularly sore. By Thursday we were at the Doctors (they close early on a Wednesday) and after a very quick examination it was confirmed that he had broken his rib. We were told to go immediately to the nearest large town to get an x-ray at the clinic. The doctor phoned them (a call which lasted less than a minute) to let them know we were on our way.  We were told to “Allez!” and off we went.

The doctor was concerned about my son’s breathing and to see if his spine had cracked also. It later transpired that you couldn’t see from the x-ray because of the way in which the ribs curve. I had to go back the next day for pain killers and get a doctor’s note to say no sport for 3 weeks.

This is a real pain not just physically for my son as he was just getting back into full fitness following winter and the cycling season has started. 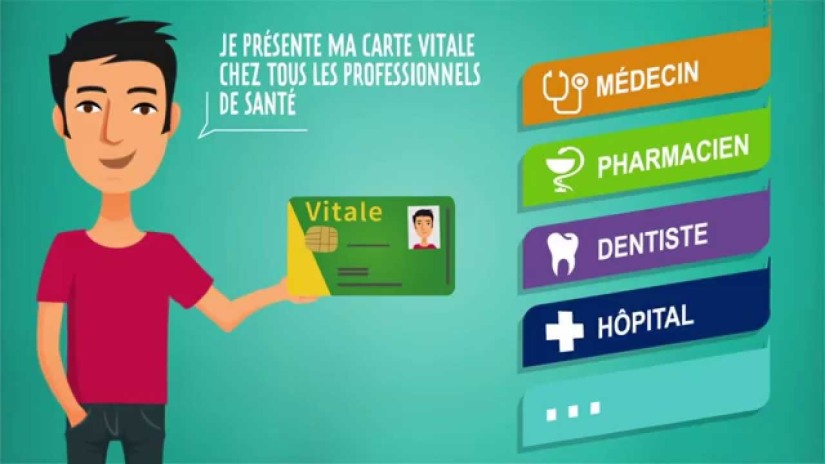 I digress. What I wanted to say was how impressed I was with the whole process. Apart from the dragon on reception. I don’t know if she thought we were going to shout English at her loudly and slowly but she kept saying you don’t have an appointment, you don’t have a carte vitale. I had the doctor’s letter, I have an attestation which shows we are entitled to health care (this is pre your carte vitale) and my mutelle top up card. I mean what else did she want?!

At one point after nearly losing it with her (I mean seriously could she have picked a better week to take me on!?!) – I tossed down my EHIC card and said use that then. She was also getting annoyed with my son as he is near enough fluent. Here was a 14-year-old challenging authority which is not the done thing here. There is a pecking order and the eldest, irrespective of whether or not they are being an arse, are at the top of that order.

But suddenly she just flicked a switch and all the protestations about not having this that and the other just terminated. She processed our form and was as nice as pie. Go figure. I don’t know what happened. Maybe the carte vitale fairy was flying over and sprinkled some empathy dust over her? 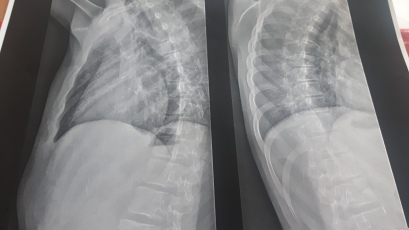 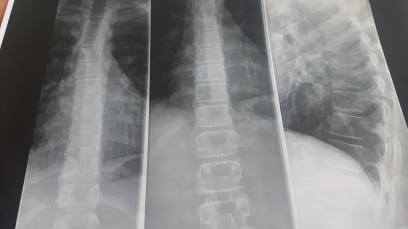 Anyhow, myself and Master Normandy had a good laugh about it in the waiting room. The busiest I’ve seen in France to date. At least 20 people. I thought oh gawd we’re going to be here ages. But nope within 10 minutes we were called and whisked into a little room. Where I could stay and wait whilst my son was taken into the x-ray room. We were then quickly despatched out into the waiting area.

We waited for about another 20 minutes – where the previous dragon turned angel receptionist (I mean is this a prerequisite for the job?) was still in good spirits. She then called us over with a beaming smile and handed our gigantic x-rays or radiographie as it’s called here complete with a letter to the doctor. Wow.

The arguing with the receptionist took longer than the x-rays. And in my experience, it is the checking in at the hospital (about 10 mins) which is the most time consuming. Other than that it is a well oiled machine. Later that evening I was sharing on my facebook page and one resident here said it’s not alway like that once I had to wait 2 hours for my appointment.

That’s what I love about it here – 2 hours in the UK would be deemed as quick – sad but true. As 1) you’d be so grateful it hasn’t been cancelled 2) just grateful. What a sorry state of affairs we are now in. I often feel like I’m in a sci-fi movie with regards to the matter of fact health system here. Like, when I complained about my wrist (too much typing) giving me pins and needles at night. My doctor immediately referred me to a specialist to get a steriod injection. It’s me that hasn’t bothered to phone him up and book – mental note I must do this.

Master Normandy is doing okay – there’s not a lot you can do for a broken rib and I send him off to school with packets of painkillers everyday.