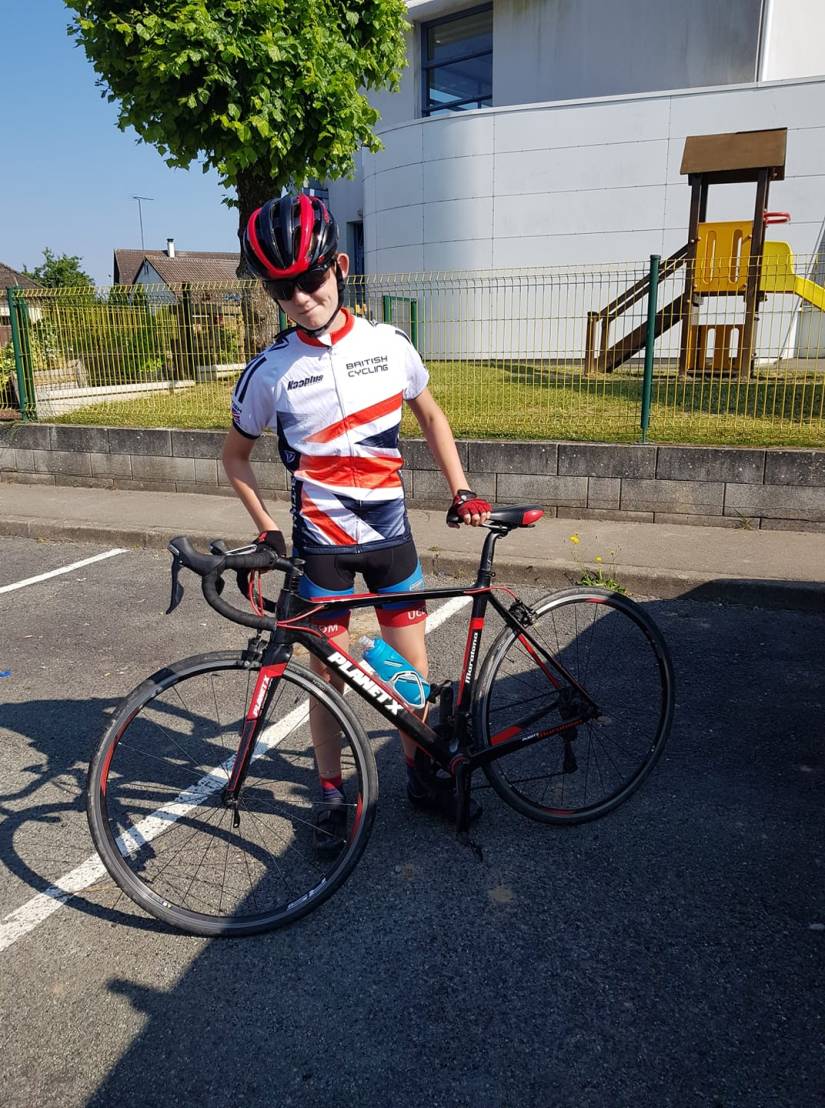 No. God No! Actually it’s okay. I think I’m more sad about it than he is.  Prior to writing this blog post I was about to write about his velo club. About how joining a club as soon as you arrive, be it for yourself or your children, is a great idea. It throws you into a normal French life, normal routine and catapults you into speaking, listening and understanding the language. Don’t wait until your French has improved – it’s always improving, it’s a lifelong project. Do it the moment you arrive. I’m so glad we did. What if I’d waited for a year until I decided to enrol him into this club? We would have missed the boat and he would never have experienced all the wonderful aspects of being part of a team. I’d also say children change massively – the difference in 15 months from the 13 year old that arrived to this 14 year old is huge.

In fact, when we finally moved into this house after renting for 8 months, as I unpacked their shoes, clothes and games I felt a little sad. They had all changed so much in the 8 months that the things they had been interested in when we left the UK, they weren’t anymore and I hadn’t even noticed.

Back to joining a club – and the same goes for me, whilst I never rode with the club, I also benefited hugely from Master Normandy taking up his passion here in France. I had to ask what time it finished, find various locations all over Normandy, respond to emails which got easier over time and know the bisous etiquette (that’s the air kisses they do when you are greeted).  I will miss dropping my son off, greeting the trainer and his wife and exchanging bisous/bises with about 20 cyclists both young and old with their helmets on. I love the courtesy side of things in France. The shaking of hands between teenagers and youngsters. Nothing happens until we’ve all said hello.

Master Normandy has been cycling since he was 4 years old. I was keen to get him learning to ride his bike as I have with all of them. Trouble is living in an urban environment means you always have to drive out somewhere to let your kids loose on a bike. This was even more so when we moved to South London. You can’t let them out of your sight. Whilst there are cycle lanes you still have to navigate busy roads, buses and trams! As time went on, there was also the very real threat of stabbings and being threatened with a knife whilst being mugged for your bike. 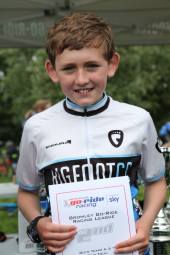 Sadly there is no road cycling club for youngsters in Croydon. There are adult clubs but none for the budding Chris Froome’s out there.  When Master Normandy was in Year 3 (so age 8) he attended Herne Hill Velodrome. Whilst only some 9 miles from home – this could easily take me 50 minutes to get to by car. In any event, they ran (still do) fantastic 10-3pm holiday clubs for youngsters to train on the velodrome or around the track using their mountain bike trails. This is when he really got into cycling and my life as I knew it was over.

My daughter had a go, bless her, but it just wasn’t her cup of tea.  I spoke with the British cycling coach at the club who suggested I set up an after school cycling club at our primary school. He would come down and help run it free of charge. So this is what I did. I felt quite passionate (especially as there were children in Year 6 who couldn’t even ride a bike) about kids being able to ride their bike in a safe environment and I loved seeing them all have decent exercise. They really loved using their bikes which had been stuck in the shed gathering cobwebs.

One young lad who was in that after school club is now the current British BMX champion! The after school club visited the local BMX track and two lads from the school loved it so much they decided to join. Just a wonderful story. Like so many sports – too many are getting priced out and British cycling are aware of this. They try to encourage people from all walks of life. I digress.

So wanting to take his cycling further we found a local club in Bromley who did have a youth section! Yay and big up to Bigfoot Youth Club (all links will be below). A wonderful inclusive club that provided lots of training and opportunities to compete for Master Normandy. He trained every Tuesday and regularly did 30 mile rides with the youth leaders. He also competed in go-ride cycling races (an introduction into racing) and later on started to race at the Crystal Palace Crits which was a massive leap and he always came more or less last!

So a big carrot for Master Normandy to move to France was being able to join a cycling club here. The home of cycling. The home of the Tour de France. It doesn’t get much better than this. The roads are a delight to ride on, drivers give a lot or respect to cyclists (I wish I could say the same for pedestrians – you’re nothing if you’re a pedestrian and good luck crossing the road!).  You knock a cyclist over in France you’re in trouble.

Not only that, the races are something else. They close the roads. So it’s nice and safe and drivers have to follow the deviation. I love this. They have a car at the back of the field and either a car or a motorbike at the front of the race – just like the Tour.

Training with his club – instead of having to take his inner tube etc and stopping to mend a puncture – they had the team car following behind. So if you ran out of steam you were popped back into the car to recuperate before you were to told to get going again. They comfortably cycled 50km under two hours.  It’s a well oiled machine and it is a community that I have loved being part of both in the UK and in France.

I emailed the trainer of the club this week – I was very sad as was he. The reason Master Normandy gave up was he wasn’t enjoying the races anymore. He trains very hard – easily does probably 150km a week, looks like a cyclist (flat stanley) but at his very best he would finish maybe 10th from last out of, say 30 cyclists. The standard is so high and he really has been okay with this – finishing at the end of the field. Last year I think his best result was 6th in a small field and 14th in a larger. However, this year he had an injury (broke 2 ribs playing football) and whilst did get back to fitness started a race on Sunday and pulled up after one lap. He has pulled up a few times now and he never used to do this. For him now, cycling in a race is a very negative mix of emotions – physiologically he believes he can’t do it.

This year is his Brevet year. He finishes college (GCSE’s but a year earlier than the UK) and he does put pressure on himself to do well. The cycling wasn’t making him feel good although he still loves to ride for pleasure, he has accepted that he will never make it as a professional cyclist. He has enjoyed immensely the time he spent at the club – the training, the races and a week spent climbing the mountains in Super Besse. 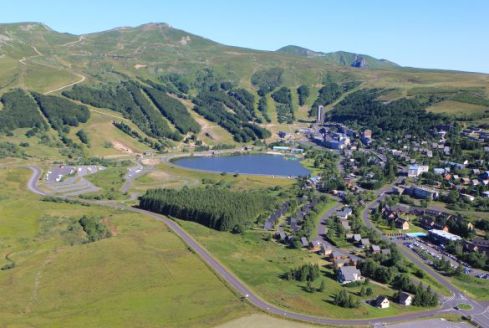 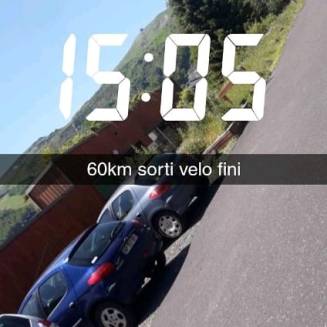 So there you have it. Master Normandy has given up cycling with a club and competitve racing. I know he will continue to ride 50km for pleasure and enjoy the freedom of not putting pressure on himself. He can also free himself of the dissappointment he continually felt not being able to progress in the sport that he so loves.

You have been reading Our Normandy Life..

Where Cycling Races For Youth Are Held In The Manche 50

If you are a British cyclist/Non-French cyclist and have your race licence you can ride in these races. Just contact the organisers or turn up on the day and they should allocate you a number. Sign on is called “dossards” and is normally at the start line. Don’t forget your safety pins!

p.s  I cannot sign off without saying a big thank you to Mrs CLB – you know who you are. Her son (another Brit) is a fantastic rider and will soon be winning races I’m sure. We regularly stood in the rain, wind and nope I don’t think any fire. We communicated a lot with regards to where races were as sometimes only a town is given. On one particular occasion I ended on up on the seafront and not gunna lie (whilst busting for the loo as well) had to be guided in by mobile (whilst getting a tad hysterical that we were going to miss sign on!). I think she may have even said “and breathe” at some point.  So yarp – thanks for the cycling love and company. Over.

1 thought on “Master Normandy Gives Up The Velo Club”