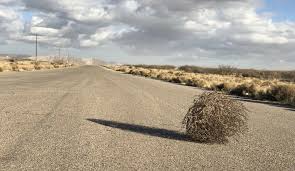 When you speak French? That is the question. I’ll be darned if I know who the hell I am.  I know for a fact that I left any shred of dignity, self respect and pride somewhere in La Manche, approximately 3 years ago, on the boat over. That fateful 10.30 pm crossing where my ability to communicate like a funny, intelligent adult drifted out to sea – coming back some time never. And there’s no one, anytime soon, throwing me a buoyancy aid. You really do have to sink or swim.

If you, like many before, are about to embark on your French journey or as I like to call it (sometimes affectionately) “France The Lost Years” then you might want to strap in and prepare yourself for being a completely different person when you hit French soil.  If you have already done so then….well you know what’s coming.

So, without further ado, here are my Top 5 reasons why you are not yourself when you speak French, like who are you even?!

Remember when you had razor sharp wit, could make people laugh at a drop of a hat, could come back with a timely retort and people got your obscure references? Yarp. Forget it.

I have no idea why, in the absolute knowledge that I can speak like a challenged 6 year old in French, that in some bizarre universe I actually believe I can joke with my usual humour in that same French. Add in British self depreciating humour, sarcasm and it not translating at all and you have more excruciating tumbleweed moments than you know what to do with. That’s not funny. That’s painful. That’s let the ground open up and swallow you whole and don’t even say that. Don’t dig deeper by explaining something that could turn into some sort of sexual reference. Like when I said I prefer nectarines as peaches are hairy. I wanted furry google translate. Furry and hairy are not the same and saying you have a hairy peach is…okay it is hilarious…but it’s also not.

Don’t even begin to joke about the fact you can’t joke. I’ve done it and it’s as bad as you can imagine.

Worse still, is a joke gone AWOL in a facebook message and you get a simple “?” pinged back. Now you gotta explain yourself in written French what you meant by the joke that they didn’t get in the first place. The French don’t say “sorry I didn’t get that joke” because they haven’t even realised it’s a joke!! If they’re in front of you – you’ll get the scrumped up face – if it’s on line they merely do a “?” which in anyone’s language is WTAF are you talking about? At which point, the entire moment is lost not to mention your relationship and any self remaining pride and dignity. Mine is gone. I’m at defcon 1 on that front. I’m not even lying.

I even said to a French friend (collecting them by the way) “oh I hope we can have a decent conversation over lunch, otherwise there will be…sends tumbleweed giphy, moments”. Cue silence and “What is that? A ball of hair?” Then I had to explain what a tumbleweed moment is. Someone said to me “god, you’re like the French Bridget Jones”. I do not want to be, in any shape or form, Bridget Jones. I want my English self converted into French if you please.

If in doubt, just don’t be funny. Don’t try to be funny. Just answer the questions like a survey and save yourself a shed load of embarrassment. Which brings me to my next point – if you are not funny…

Yes. Boring as is what you are. You can end up asking the most banal questions just to say something. I asked my neighbours, in the early days, what days the bins go out. I even ask people questions that I perfectly well know the answer to, just to get a conversation going. That’s how mind numbingly tedious I can be in French. And you, my friends can be too.

Let us not forget the most exciting ice-breaker – the weather.  Even that can have you looking like a prize twat. For a while, I used to say oh it’s going to cry or it’s crying today. Don’t ask. Actually, if you’re asking it’s because my default setting is, if in doubt, add the sound “aye” to words. For past tense, future etc – mange, parler, pensais – so yarp, pleut got it as well. 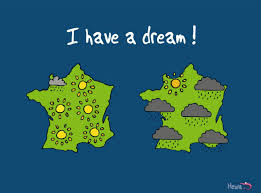 You talk about the weather. Yes, I know, us Brits love to talk about the weather but it’s just not the same in France. The French are not getting animated about the weather. It’s matter of fact. It’s factual. It’s nonchalant. Yes it’s going to rain, it might rain later on in the week or it might stop raining later. That’s it. There’s no “it’s sods law when you were planning on doing this that and the other”. Proceeded by life’s story, heartache and tales of woo.

I have so much more to say than your normal ice-breakers of “how are you?” “how’s work?” “oh that was nice” etc etc. Yes, the accent (if they can understand you) is different and some say charming but the novelty can wear off with the drivel that is coming out of your mouth. If the person has not fallen asleep whilst chatting to you then massive bravo and chapeau to you.

Don’t say “oh I’m too good” meaning I’m too hot in the sack or “pourquoi, merci” – why thank you in the same vain as “takes a bow”. The French don’t say “why, thank you!”. They say why on earth are you saying “why? Thank you.”?

Not only that smiling broadly, enthusing is just going to make you more of the village idiot than you already are. The French, in my experience, are lovely people – funny, charming, accommodating, welcoming and sociable. They are not, however, great ones for getting excited about much in the same way we go all jazz hands. They don’t do “oh wow!” “oh really, that’s amazing!” it’s more a “oh yeah?” “ahh” and if someone says “that’s good” take it from me that is the equivalent to “that’s awesome”.

So going about your way as you would in the UK – waving frantically at someone you know, who happens to be in the car doing 50 mph, whilst shouting out “oh hi!” like they have a cat in hell’s chance of hearing you and other such mannerisms just won’t do. It’s hard believe me but rein it in!

4. You Have No Empathy

I know you do but bear with. Sometimes, you are listening so hard and translating that you may not react to something that you should. You’re thinking “did they just say what I thought they said?” and by the time you want to interject, they have moved on thinking, well they didn’t even respond to that nugget of information. Take a very recent, cringe worthy conversation of epic proportions, of which I had genuinely thought I’d seen the last of.

I like to pick up hitch hikers here in Normandy. I hail from Croydon and as far as I am concerned it’s safe to do so. Plus there is very little public transport and how else are people meant to get around when their car is up the swanny.

So I pull over a man, in a high viz jacket (safe right? No potential killer is wearing a high viz) and tell him to hop in.  He goes to get into my drivers side but it’s a right hand drive so gets in the back behind me. This is awkward in any event as I’m trying to drive and listen to a strong Normand accent.  He tells me about a car crash, having a job but he was injured and I was 98% confident he said his wife died. However, as quick as he said this i thought he said he spoke with her. So I assumed I got it wrong. I didn’t get it wrong as he didn’t say parle (spoke) he said perdu (lost). So ignoring the fact that his wife had had a head on collision 6 months ago, I proceed to ask how is she. He then tells me she is dead but don’t worry and he didn’t want to bother me.

Naturally, I massively French back peddled my way out of it but for that brief moment, I literally said “ah ok” to someone telling me their wife died in an accident. Zero empathy.

Or worse still, you might not pick up on any serious statement thrown in the conversation as you’ve missed it entirely and no reaction is shown.

Sometimes you might be so pleased with yourself that the conversation is flowing, that you ask questions that you might not possibly ask in your native language. I’m not talking about oh how much do you earn or private questions but due to cultural differences you might ask something that might be a tad direct. For instance, just out of curiosity you might say “oh what happened there then or why didn’t you go” and you might get an answer that you think oh dear, I’ve opened up a whole can of worms here. No one, least of all a Brit, wants to be impolite so try and gauge the feeling and atmosphere of the conversation, rather than totally focusing on the words you are trying to hear and say. It’s hard I know but your reputation could be on the line here!

So there you have it. How, with very little effort, you can be a totally different person in France to the one you know and love!

I would love to hear any of your stories.

You have been reading Our Normandy Life.