Where to start with this one. Okay, I’m going to go out on a limb here and say the absolute best time to come to Normandy is around this time. As you will be aware, D-Day – the day of the beach landings during the Second World War – was on 6 June 1944. We are here in Normandy, the very place that this happened, so there is an infinite amount of activity going on during this time. The hive of activity actually starts at the end of May as they can’t possibly fit everything in during one week of June!

There is so much to do for all the family. You really do not have to be interested in military history to have a great time and also learn a lot along the way. It’s a totally interactive learning experience especially for children. There are re-enactments taking place all over the area. You’ll see Germans, American and British soldiers and if you are lucky enough (like me) you’ll get your picture taken with the French resistance. 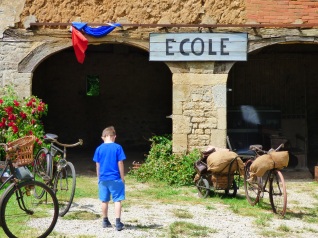 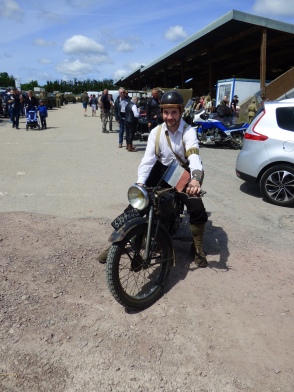 There are fireworks on the beaches – Utah, Omaha, Juno and Sword. You have the pretty town of Saint Mere Eglise here you will see a fake solider swinging from the church tower, complete with parachute. This represents the American who pretended he was dead to avoid capture by the Germans pacing the streets beneath him.

In Caretan you will find Miliary fayres and parachute re-enactments. Yes, real people dropping out of real planes! There is a party atmosphere which in some way might represent the end of the war in 1945. 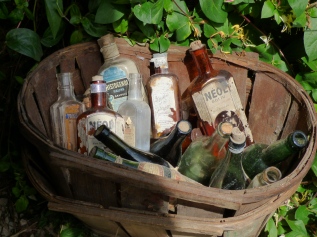 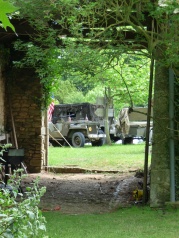 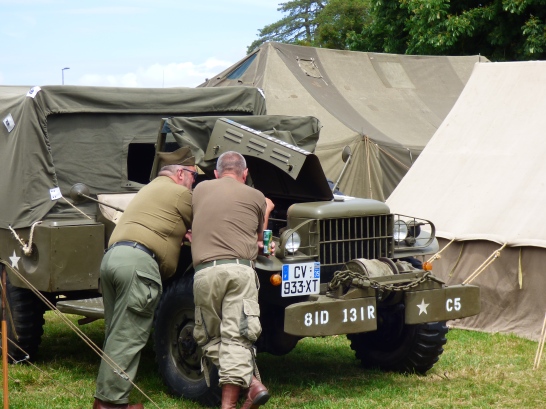 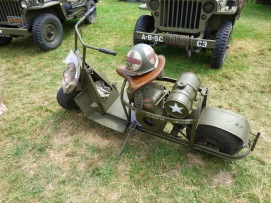 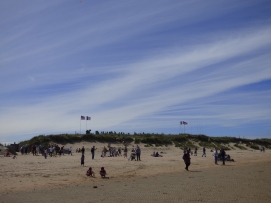 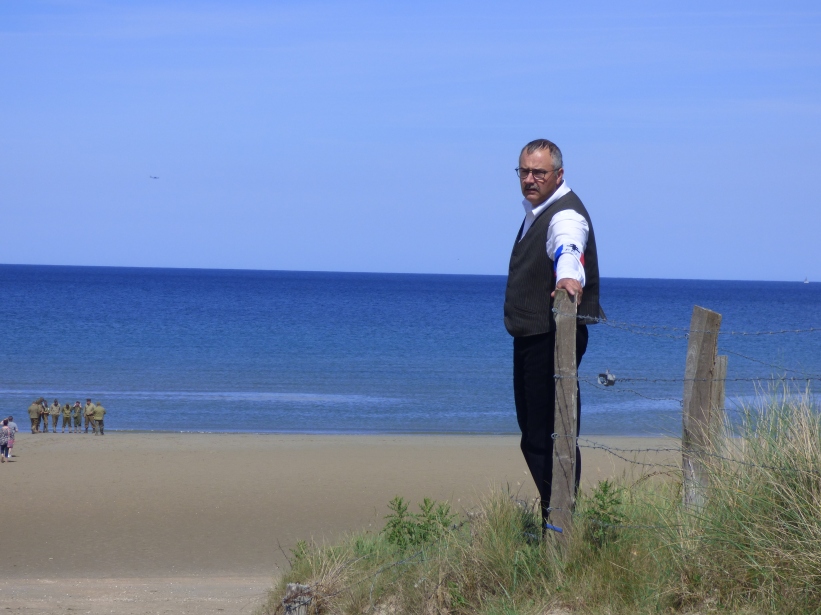 Last year we did all of this and more – all by chance. We came across the military fayre in Caretan and had throughly enjoyed watching all the different people mingling around in their military uniforms. Then we stumbled across a make shift camp and 1940s school whilst driving towards Utah Beach. Whilst heading for Utah beach we stopped by Saint Mere Eglise where the main square had a party atmosphere. There was a concert in full swing, food on repas style table (long wooden ones) and of course people having their picture taken with the dangling soldier in the background. Again more re-enactments and commemoration services. If you were to turn up in full 1940s garb no one would bat an eyelid. Miltary vehicles were common place i.e jeeps, motorbikes etc and shared the road alongside the modern day cars.

Still trying to make our way to Utah beach (not through traffic but the amount of stopping opportunities) we drove through pretty towns and villages all adorned with bunting. Once at Utah beach there was a real buzz about the place with bands playing, jeeps on the beach and a big procession of military vehicles. And of course you can visit the museum situated there – as are many others across the region.

By far, my favourite place and I had to pinch myself that I wasn’t actually in the year 1944, was Saint Marie Du Mont (as depictated in the TV series Band of Brothers) people dressed in 1940s clothes sitting on barrel drums listening to an American lady singing hits from the 40s. I really was quite something. To finish if off there were fireworks on the beaches at approximately 11pm at night. 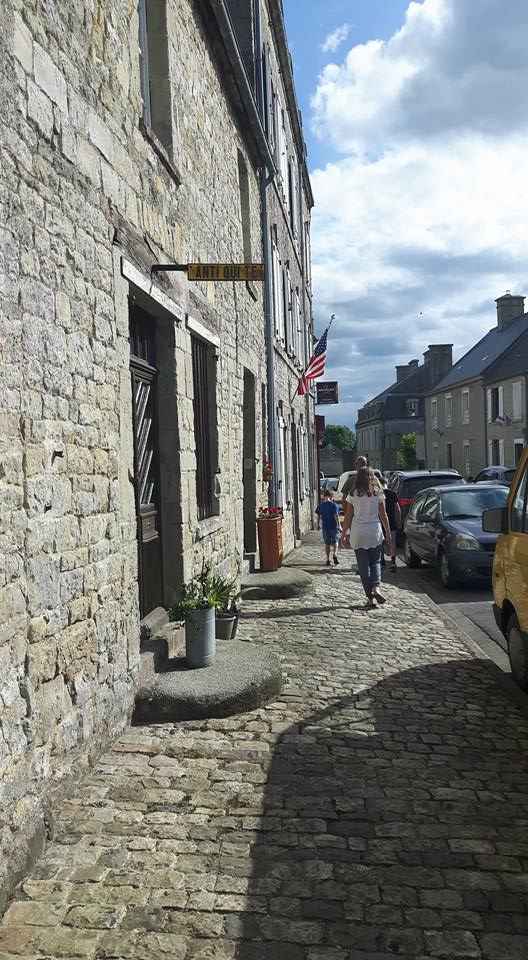 Take a picnic, drinks or just dine out for the entire day and toss a coin as to see who has to drive!

There is so much going on all over Normandy. So check with the local commune as it not just restricted to the main beach areas. Just pop into the local mairie or ask the host at your chosen accommodation. Enjoy!

To plan your visit here’s some great links including a website that will give you the agenda for 2018 for the D-day commemorations:-